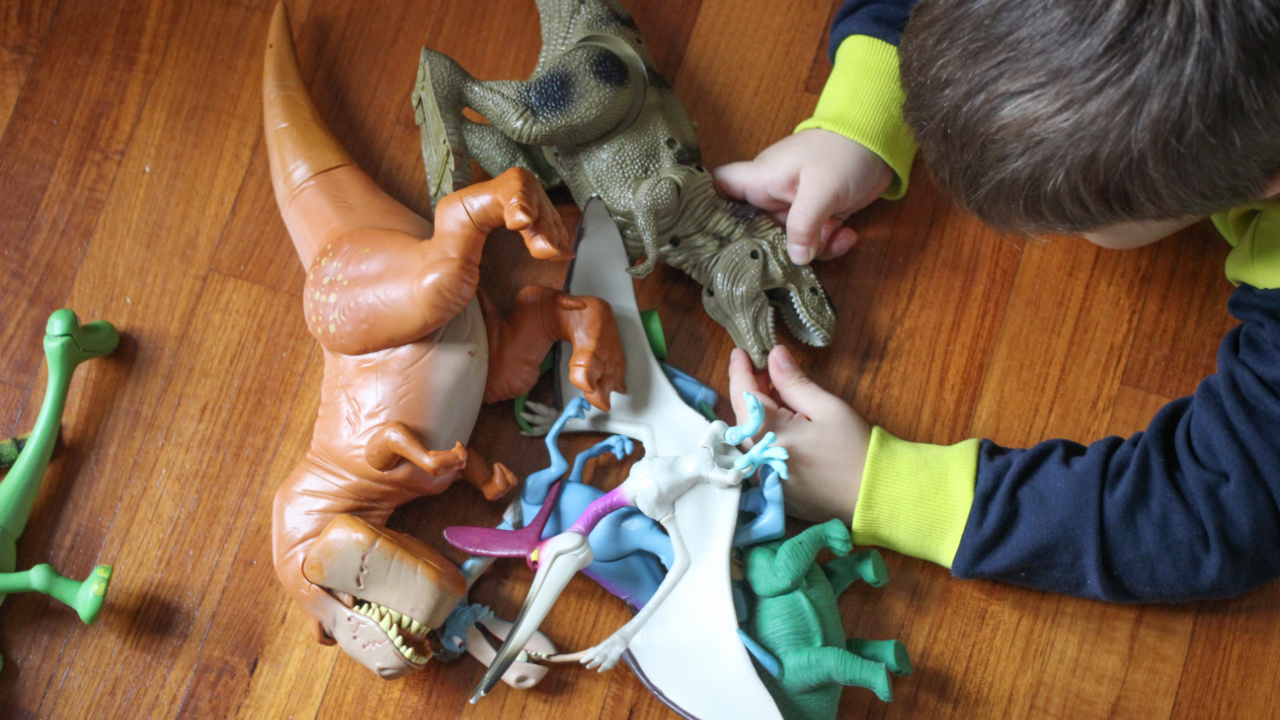 Study Reveals that Kids Obsessed with Dinosaurs are Smarter than others

Do you have a child who lives and breathes dinosaurs? Turns out, that obsession is probably a good thing- studies have found that ‘intense interest’ can equal better complex thinking, improved attention and better linguistic skills, among others.

A child normally develops an interest in a certain topic or subject as they grow up. This usually happens without any encouragement, but most of them pass through and only a few retain their interest when they reach the ages of 4 to 6.

Several studies conclude that children with ‘intense interests’ have deeper information-processing skills, attention spans, persistence and knowledge. They also tend to be smarter than their peers, especially in the 4-6 age group.

So when your little one starts having these episodes where all they think about is dinosaurs, just let them be and you’ll have a greater chance to raise a genius. According to John Hopkins paediatric psychiatric occupational therapist Kelli Chen, it’s their way of ‘having fun’ while processing new information, exploring and mastering a subject.

How long does the obsession last?

In most cases, obsession doesn’t last beyond three years. According to the research, only 20% of children obsessed with dinosaurs show interest after joining school. Once they start studying, they lack enough time to nature their passions.

The interests fade when replaced by the knowledge they acquire in school. Also, they hardly talk about their obsessions if the friends they make in school aren’t interested.

If your child is obsessed with dinosaurs there’s no need to worry! instead encourage them to learn facts about the animal to release their inner genius!