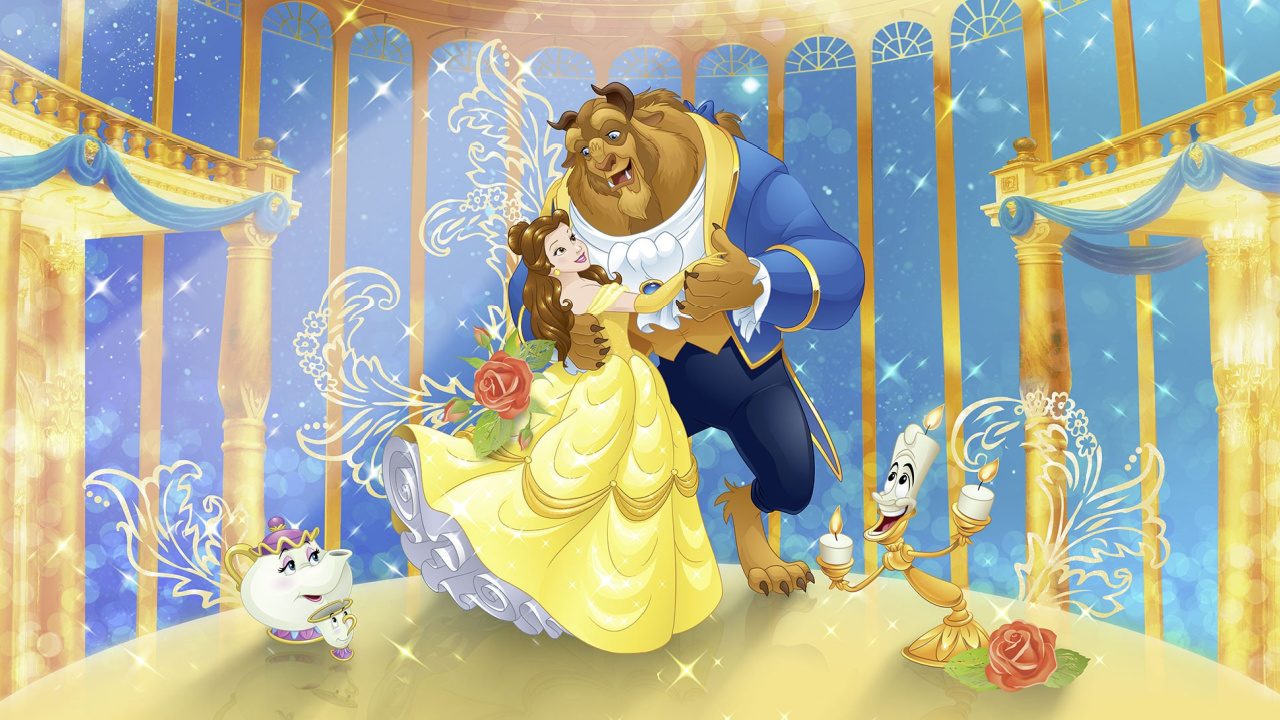 Beauty and the Beast is one of Disney’s most beloved stories. This classic fairy tale has inspired generations with its enchanting storyline, memorable characters, gorgeous soundtrack (Disney released an album based on it in 1991). Now also a live-action remake starring Emma Watson as Belle! Let your children be next to discover this timeless gem by naming them after these names found within Beauty and the Beast. 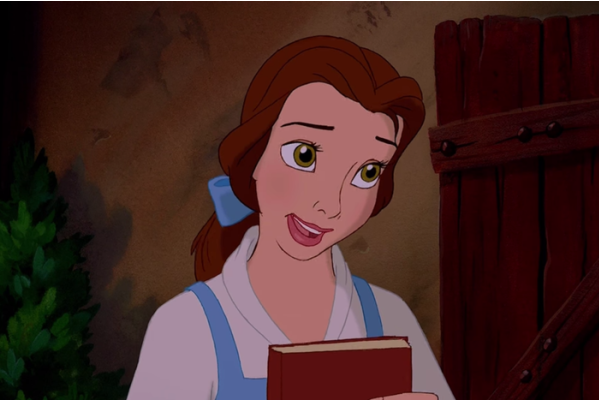 Belle is an adventurous, free-spirited woman who loves to read. She’s also the only daughter of Maurice. She lives in a small French town with him, where people view her as an outcast because they don’t understand that she just wants more than their boring village life. Her wish comes true when Beast takes her prisoner so he can save Maurice’s life. Still, by then, Belle has already been given everything she wanted – adventure!

Belle is the character who has a personality that allows her to look past someone’s physical appearance and get to know them. This helps Belle break the Beast’s curse, which makes everyone happy at last! 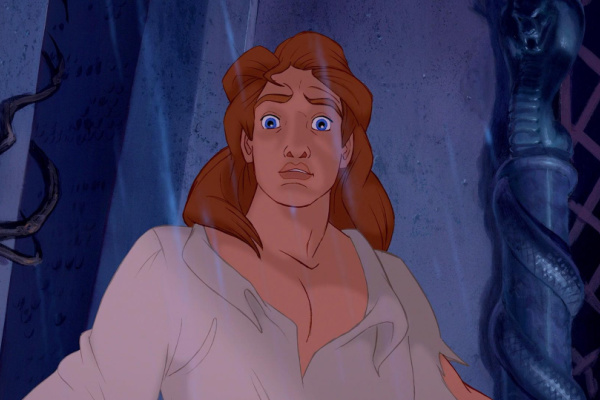 The Beast has an interesting personality. Though he is stubborn and lacks manners, there’s a kind side in him that wants to be loved but can’t overcome his own flaws enough to express it as most people do. He also feels insecure about the world due to how little experience with humanity he might’ve had before being cursed by all of those years—trapped as a beast-like creature deep within this enchanted castle in France long ago. Time doesn’t generally flow for anyone who enters here. That is unless they turn back into their human form first and have some sense knocked into them from someone else or themselves! 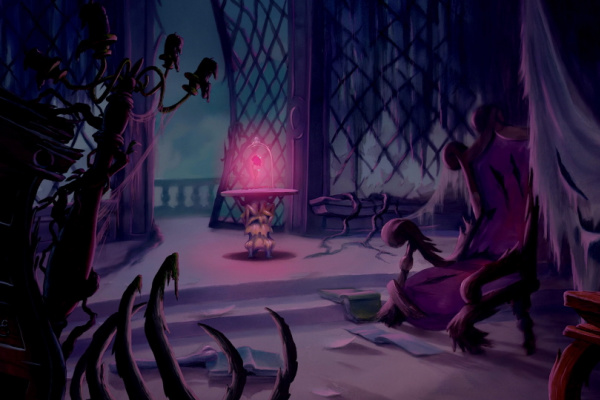 The enchanted rose in this fairy tale is a thing of beauty and adds an element of magic. Generally, this word oozes beauty and appeal to another level and would be a perfect name for a beautiful girl. 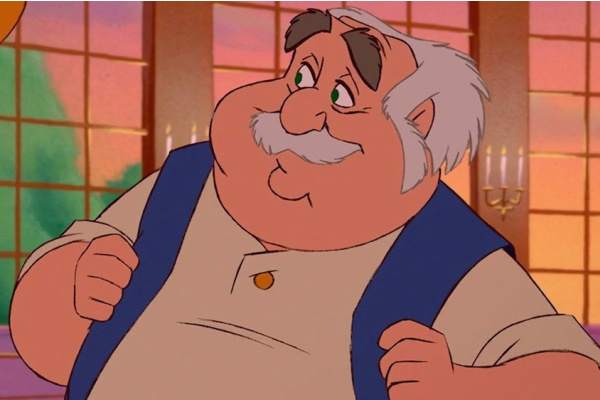 Maurice’s daughter, Belle, is convinced that her father will one day come up with an invention capable of transforming their lives for the better. Though Maurice only has a few successes to his name so far, he never stops trying because it gives him hope and drives him forward in life.

Belle takes after her father in being a misfit, and she receives the same judgment from townspeople as he does. Maurice ignores others’ opinions to focus on work and family life instead. 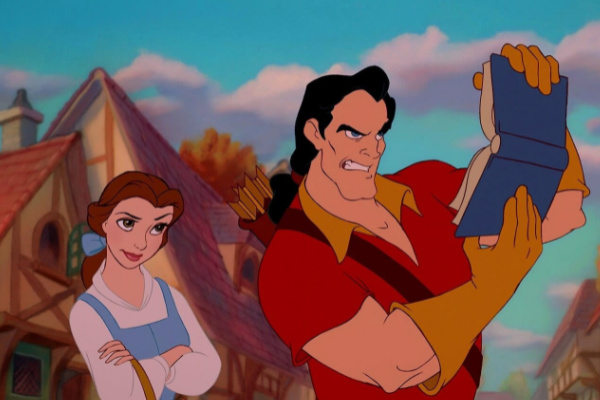 While he might not be the most likeable character in the Beauty and the Beast, Gaston is also another name idea that would be great for a boy. Gaston is a strong, ambitious, and very confident character. 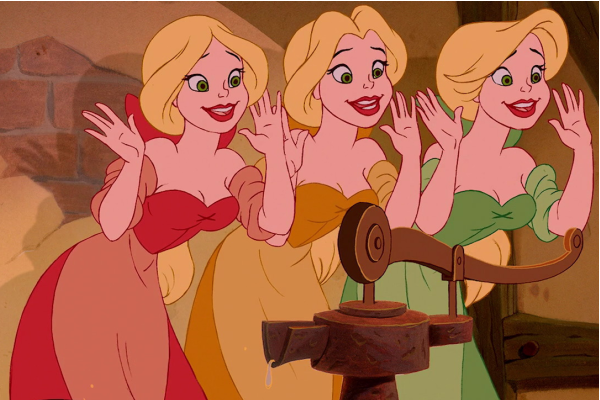 The Bimbettes (individual names Claudette, Laurette, and Paulette) are almost identical blonde triplets who fawn over Gaston in Disney’s 1991 animated feature film. They wear red dresses respectively; however, their hairstyles vary constantly throughout the movie.

When it comes to dreamy bachelors, the Bimbettes are swooning for Gaston. When they see him strutting by and singing his heart out daily, their hearts melt into puddles of goo right before your eyes!

The bimbettes were not book-smart, but they had moments of cleverness. One such moment was in the third issue, where one of them disguised herself as Belle and won Gaston during an auction while her sisters interfered. 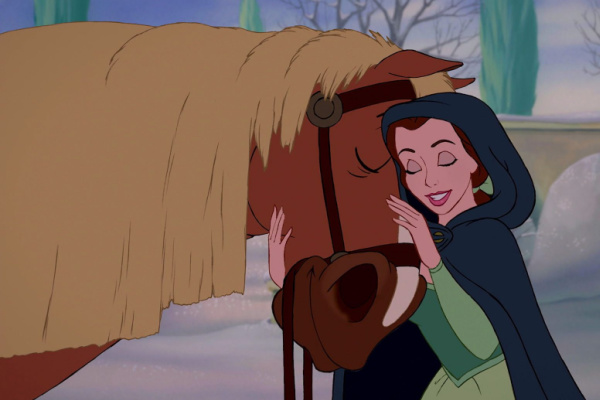 Phillipe, Maurice’s Belgian draft horse, and loyal ally is a beautiful dark brown creature. He comes across as nervous but sees that Maurice needs encouragement to take routes that are less daunting or scary. Philippes bravely tries to get him onto another route at the crossroads after returning from the fair, where he entered his invention in a competition. There were flowers lining the road and singing birds in the trees; happy people were walking back home along the road too, greeting them warmly – much more pleasant than some of those other routes they’ve taken. 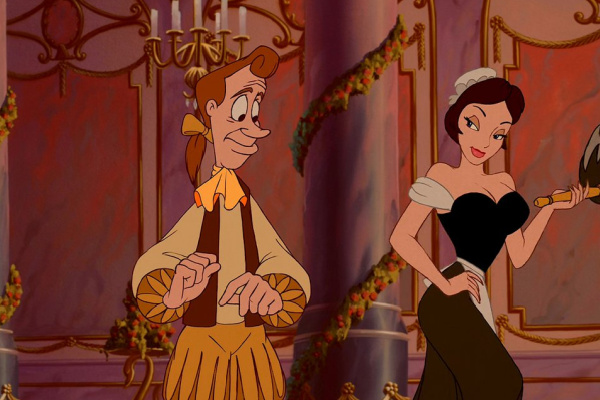 Fifi is a very flirtatious character in Beauty and the Beast. She often likes to tease Lumiere during the movie. She constantly interrupts him while trying to talk with Belle or take his flowers from her without warning. In “Belle’s Magical World,” we see that Fifi can also be jealous of Lumiere over other women – which nearly resulted in disaster!

In her human form, she had brown hair with short locks that framed the sides of her face and a few longer ones in front. Her skin was fair. 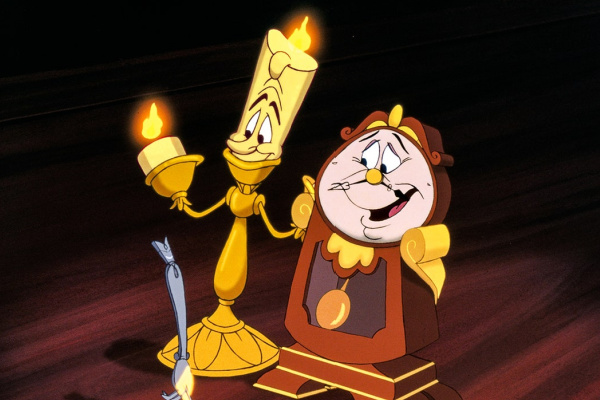 Lumiere is a charming, rebellious servant of the Beast. He’s sweet and kind hearted with everyone he meets–including his master. The master often turns to Lumiere for advice when faced with tough decisions. At the same time, Cogsworth prefers to follow all of his orders without any trouble by walking on eggshells around him. Lumiere doesn’t worry about things like that and can be very frank, which sometimes results in friction between the two friends. Still, they always make up again afterward because there are some friendships worth fighting for!