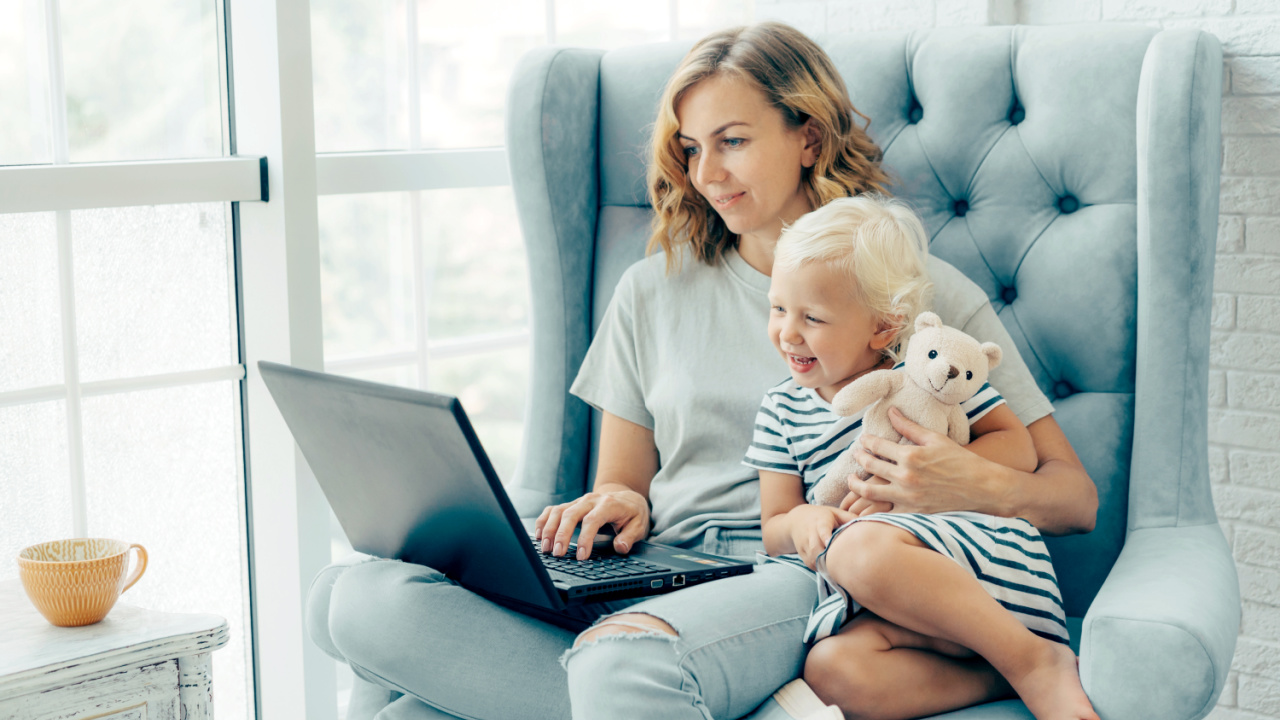 Benefits of Working from Home for Mums

Working from home is increasingly becoming more and more common nowadays. Those who haven’t tried it before will find that there are good things to be had, especially if you have children.

Here are the benefits of working at home as a parent.

No More Traffic and Added Stress…

The absence of a commute eliminates the stress of sitting in a vehicle and dealing with traffic twice (or more) a day.

No one wants to be stuck in a car or bus for hours just because it’s rush hour, and working from home all but makes this problem go away.

Or, you could have an arrangement where you and your kids get into the car and go to school, then off to work in the mornings. This tends to eat away at your energy and leave you drained in the afternoon or evening.

No More Rushing in the Morning…

Mornings are times of frenzy for parents and their children. There’s a million things to do in under an hour, from getting ready to work and feeding the kids, as well as the minute details to worry about.

In a work from home environment there’s still a schedule to stick to, but it will be less hurried compared to a traditional office commute.

Now, instead of having to do two things at once you can concentrate on getting your kids ready then setting up your work for the day when they’re gone or settled.

Take Care of the Kids Yourself…

Parents are discerning when it comes to other people caring for their little ones. You might have problems with a nursery or a childminder but have no choice since you need to hold down a job to cover the daily expenses.

Aside from being the one in charge you’ll also save a significant amount of money on childcare which can be used for other things, such as eating out or for your next family holiday..

It’s common for an office worker or employee to have limited lunch choices due to location and time constraints. Not to mention, most of the foods on takeout are unhealthy and more expensive than home-made ones.

When you’re slated to work from home your kitchen becomes the deli, and along with it you get to make healthy choices as well. You can plan what you’ll be having for lunch and not just passively looking at menus.

You can make each meal count by prepping ahead and choosing to eat healthy. Also, the food you’ll be making for your kids can be the one you eat which equals more savings.

A Great Deal of Freedom…

Working a 9 to 5 at home is somewhat different compared to working a 9 to 5 in an office. Granted, there’s still the meetings and the bosses, as well as the customers and clients but for everything else, you can choose which one to do first and how to maximize productivity.

There’s no longer someone looking over your shoulder every half hour or so, and your actions won’t be scrutinized. You can choose to be a bit more casual, e.g., wearing slippers instead of formal shoes or exercising on breaks instead of staying on your desk.

The hours you save commuting to and from where you work can be spent with your kids instead.

The convenience of working from home adds up valuable minutes. There’s less pressure to get to work on time, and instead of dealing with traffic on the way home you can catch-up on what your child did at school or nursery and talk to them about it.

More quality time spent with your children means a happy home. As an added perk, you won’t have to deal with annoying co-workers as much compared to a traditional corporate setting.

Get Things Done Around the House…

Lastly, you can be extra productive in the house by multi-tasking and getting everything done (even house chores) come late afternoon.

A few examples include running a laundry load, completing an errand or preparing lunch. You can also tell smart appliances such as robot-vacuums to keep your floors and carpets clean.

25 Reasons Why your Elf on the Shelf Forgot to Move

All the Christmas Questions you can ask Alexa