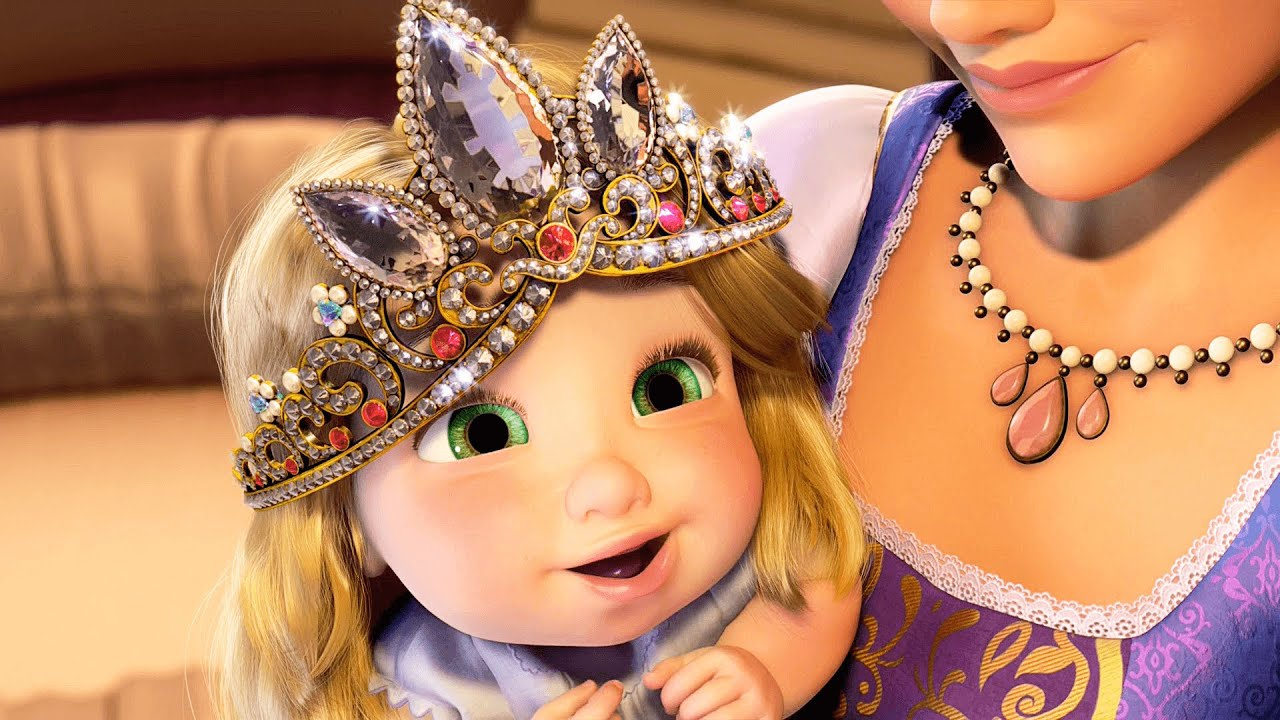 Having a baby is one of the most magical feelings, but picking a name for your little one can be stressful. Well, it doesn’t have to be. If you’re looking for a baby girl name that evokes Disney’s joy and magic, this is your ultimate collection.

1. Abigail – She is the twin sister of Amelia Gabble in Disney’s The Aristocats.

2. Adelaide – Also features in the Aristocats film. She is a wealthy elderly woman who owns the feline character, Duchess.

3. Alana – One of Ariel’s sisters in The Little Mermaid show.

4. Alice – Alice is the little girl that tumbles into Disney’s wonderland. She is clever, curious, and fiercely independent.

5. Amber – Princess Amber is the deuteragonist of the Disney Junior film, Sofia the First.

6. Amelia – Amelia is a character in Treasure Planet, Abigail’s twin from the Aristocats, and the full name of Mia in the Princess Diaries.

7. Anamaria – She is one of the characters in Pirates of the Caribbean.

8. Anastasia – She’s Cinderella’s younger stepsister in Disney’s film Cinderella. While the character is an antagonist in the first movie, she is more compassionate and kinder in Cinderella II and III.

9. Anna – A silly, playful, brave, and adventurous character in the 2012 Frozen

11. Aurora – She is an influential character in the Disney movie, Sleeping Beauty.

12. Belle – Belle is the heroine in the Beauty and the Beast film.

13. Bianca – Bianca is one of the lead characters in The Rescuers

14. Bonnie – In Toy Story 3, Bonnie becomes the owner of the toys after Andy heads off to college.

15. Briar – Briar was another name for Aurora in the classic Disney’s Sleeping Beauty

16. Charlotte – In the Prince and the Frog film, Charlotte is Tiana’s lifelong best friend.

17. Clio – She is the princess of Corinthia and a close friend of princes Amber in Sofia the First.

19. Colette – Colette is the female chef in Ratatouille.

20. Daisy – She is one of the lovable characters in Mr Duck Steps Out

21. Destiny – She is Dory’s best friend in the movie Finding Dory.

22. Dory – Dory is the funny fish character voiced by Ellen DeGeneres in the Finding Nemo movie.

23. Elena – Princess Elena is one of the leading characters in Elena of Avalor.

24. Elizabeth – She is one of the main figures in the first three Pirates of The Caribbean films.

Name meaning – God is my oath.

25. Ella – Ella is the main character in the live-action Cinderella film.

27. Elsa – Elsa is the brave but misunderstood ice princess in Frozen, one of the most popular Disney movies of all time.

28. Esmeralda – She is a fearless, kind-hearted, beautiful heroine of the Hunchback of Notre Dame movie.

29. Eve – In the WALL-E movie, Eve is a high-tech robot whom WALL-E falls in love with. EVE stands for Extra-terrestrial Vegetation Evaluator

30. Felicia – Felicia is an antagonist in the Great Mouse Detective.

31. Helen – Commonly known as the Elastigirl, Hellen was a resourceful and dexterous superhero in The Incredibles

32. Isabel – She is princess Elena’s younger sister in Avalor film. She is portrayed as being intelligent and brave.

33. Jade – She plays one of Sofia’s close friends in Sofia the First film.

34. Jane – She is the main character in Disney’s Tarzan film. She is wildly intelligent, spirited, and adventurous.

35. Jasmine – Jasmine is the beautiful princess in the 1992 Aladdin film.

36. Jenny – She is Dory’s mother in the Finding Dory Disney film.

37. Jessie – She is the adventurous and sprightly cowgirl from Toy Story 2 and 3.

38. Joy – One of the leading characters in Inside Out film

39. Judy – Judy is the clever, loyal, and brave bunny character in Zootopia

40. June – She is one of Daisy Duck’s triplet nieces in Legend of the Three Caballeros

41. Kiara – She plays the daughter of Simba and Nala in the Lion King II.

42. Laurel – Laurel plays the mother of the two brothers who set off on a quest in Pixar’s fantasy movie onward.

43. Leah – The character that plays the mother of Princess Aurora in the animated Sleeping Beauty movie

Name meaning – Light of the sun

44. Leila – While the character start off as Leah in Sleeping Beauty, she is renamed Leila in the Maleficent movie.

45. Lily – There are many characters named Lily in the Disney world. That includes Tiger Lily from Peter Pan and Lily the witch in Sofia the First.

Name meaning – A flower that symbolizes rebirth or purity

46. Lizzie – She is a character in Cars film. She is the Ford Model-T, who used to be called Tin Lizzie.

Name meaning – God is my oath

47. Marie – She is the sweet, sharp, graceful daughter of the Duchess in Aristocats

Name meaning – Star of the sea

48. Mary – She is the firm, sweet, ever-classy Disney character of Mary Poppins movie

Name meaning – Bitter, Beloved, or Drop of the sea

49. Megara – She was the first wife of Herakles, better known as Hercules, in Hercules film.

Name meaning – One who has attained a high place of honour

51. Miranda – Queen Miranda is Sofia’s mother in Sofia the First.

52. Moana – She is the main character in the Disney film Moana.

Name meaning – Star of the sea or Bitter

54. Mulan – Unlike other Disney princesses, Mulan is a self-reliant, courageous, and graceful character in the animated movie “Mulan.”

55. Naomi – She is the adventurous character in Elena of Avalor

57. Pearl – Pearl is the little pink octopus in the Finding Nemo film

58. Penny – penny is the lovable, kind, and intelligent main character in Bolt film

#59. Remy – While it’s a male rat character in Ratatouille, Remy is a sophisticated, excellent gender-neutral name.

61. Robin – She is a popular figure in Robin Hood film.

62. Rosa – Rosa Rivera is an adventurous and stern character in the Disney movie ‘Coco.’

63. Rose – Rose is a character featured in Disney’s Sleeping Beauty.

64. Sally – A beautiful, loving, and caring woman in ‘The Nightmare Before Christmas’ movie

65. Sarafina – Sarafina plays the character of Nala’s mother in The Lion King.

66. Sofia – She is the young princess star in the Sofia the First film.

68. Thalia – She is one of the five muses characters in Hercules.

Name meaning – To flourish or To bloom

69. Tiana – She is a down-to-earth and hardworking waitress in the Princess & the Frog.

70. Vanessa – Vanessa is Ursula’s alter ego in The Little Mermaid

71. Violet – The eldest daughter of Mr Incredible and Elastic girl in the Incredible film

Name meaning – Olive or Water in the desert

73. Ursula – Although associated with the Villain in the Little Mermaid film, she is confident, wise, and spunky

74. Wendy – Wendy is one of the main characters in Peter Pan.

75. Willow – Willow is the grandmother who offers guidance to Pocahontas in the animated feature film ‘Pocahontas.’

With a myriad of choices – from classic live action favourites to new Pixar releases, Disney names will inspire you, stir up your emotions, and make your baby stand out.